Jonathan Foster is an award-winning songwriter, recording artist, and touring musician from Cranberry Lake, New York and Redding, California. Over the past ten years he has released five independent studio albums, including his latest LanternShade (2021), and has performed ten U.S. tours spanning the country several times. His sound can be referenced as Folk-Country-Americana with a strong vocal presence woven with imaginative lyrics, rootsy acoustic guitar, harmonica, and engaging songs that make you feel at home. Whether he’s in the mountains, the plains or on a city stage you’ll find Foster singing, naturally. Jonathan enjoys sharing his songs and stories from his travels at an intimate level mixing in observations of the people, places and wonders of the natural world. Join Jonathan Foster as he explores and smiles his way through his musical journey and take his songs down the highway, lake or trail with you. 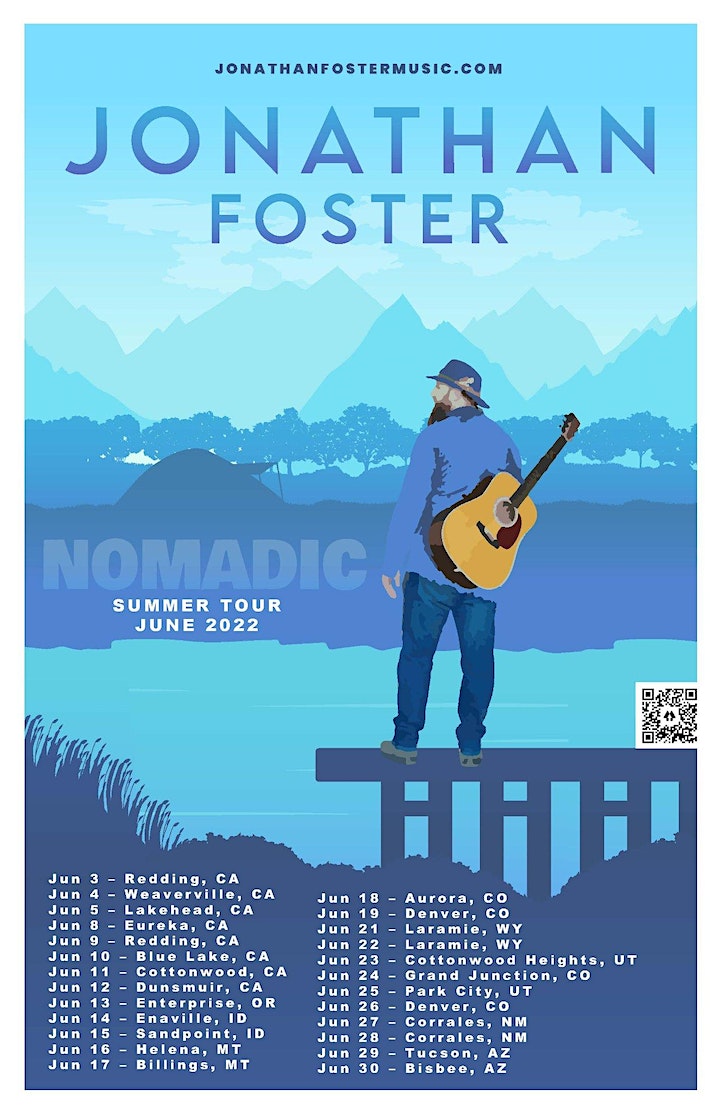